Bobby Levy is running for the Oregon House of Representatives because she believes in the values of northeastern Oregon. She’s committed to working hard in Salem to protect the rural way of life for future generations.

Bobby has spent her entire life in Eastern Oregon, first in La Grande and then in West Umatilla County. She is the fourth of six children and grew up hunting, fishing, and camping, and feels fortunate to have spent her life in a place so rich with outdoor beauty and bounty.

“I love this life, and I don’t want to see it go away,” Bobby said. “I’ve seen this area turn from a desert into the most productive farmland anywhere. It’s an amazing thing to watch that change, and it didn’t happen by accident.”

Education has played an important role in Bobby’s life. She first attended Blue Mountain Community College, where she enrolled in a sociology class taught by the late Bob Jenson who would later serve nine terms in the Oregon House of Representatives. She became good friends with Bob and valued their conversations about politics and policy.

Bobby later attained a master’s degree in business administration from Portland State University and worked as a licensed insurance agent and accounting manager. She also worked as a substitute K-12 teacher as she earned her master’s degree from Eastern Oregon University, and was then hired as an adjunct professor at BMCC where she taught courses on campus and online.

Bobby has a track record of working to bring people together. She was appointed to the ODFW Commission and spent her first term touring each of the state’s five regions to better understand their unique issues. She was an advocate and voice for farmers and ranchers as the state dealt with the quickly growing wolf population in northeastern Oregon.

During that time, she helped form the Eastern Oregon Women’s Coalition, a non-partisan, non-political organization with the goal of educating elected officials, business leaders, and state agency directors about the vital role Eastern Oregon’s natural resource-based economy plays in the state. In 2019, the group organized the successful Eastern Oregon Economic Summit.

Bobby and her husband, Bob, live on their family farm in Echo and have four grown children and 13 grandchildren. She raises and trains guardian dogs for livestock protection against predators, and she’s a member of both the Oregon Women in Agriculture and the local Umatilla County Women in Agriculture chapter. 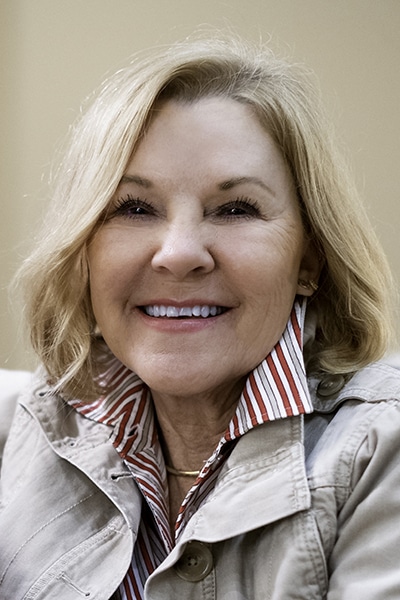